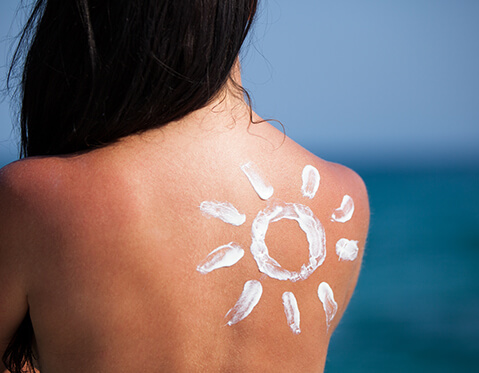 If you’ve ever questioned the damage that the sun can cause to your skin, perhaps this photo of Bill McElligot will change your mind.

Driving trucks for nearly 30 years in Chicago, McElligot has admitted that he never wore sunscreen while working nine hours a day. He’s not the only one either; studies show that:

• 55% of Australian women do not normally use sunscreen

• 71% of Australian men do not normally use sunscreen

Deciding against using sunscreen is not a great idea, in McElligot’s case his decisions left him with severe ramifications. He was diagnosed with a condition known as unilateral dermatoheliosis, a harsh form of sun damage. As you can see in his photo, the left side of his face looks normal for a 69-year-old. Whereas, his right side has been harmed by the sun making that side of his face appear nearly 20 years older. Thanks to treatment McElligot was fortunate enough to avoid skin cancer.

McElligot was under the impression that his face would be protected by the glass window in his truck. Sadly, he was mistaken, and it wasn’t until his grandchildren mentioned his broken veins, creased skin and bumpy skin that he went to a dermatologist.

A 2013 study by the Queensland Institute of Medical Research discovered ground-breaking information that showed when applied correctly and used on a regular basis sunscreen is productive in minimizing squamous cell carcinoma and melanoma.

This research involved a total of 900 young and middle-aged adults both women and men. Nearly five years later, the ones that used sunscreen on a regular basis showed: No observations of ageing skin

UV protection is only one of the things you can do to help against melanoma and skin damage. Your closet most likely contains a lot of accessories that you can use for driving and at the same time protecting your skin against the sun.

We love the outdoors in the summer and winter months, but not the heavy risk of skin cancer from sun exposure on our gorgeous beaches and snow filled ski slopes. The Australian Bureau of Statistics has found that: